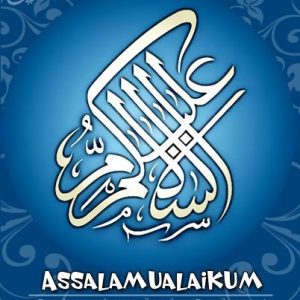 Often, when non-Muslims are greeted by Muslims using the traditional Arabic form of greeting, “assalamualaikum,” they are unsure of its meaning, or what the appropriate way to respond is. Though the greeting simply means, “May peace be upon you,” there have been instances where this misunderstood greeting has even been censored from the media, driven largely by anti-Muslim sentiment.

There are essentially two ways to respond to the greeting. In Arabic, the proper response to the greeting by a non-Muslim is “Wasalamualaikum,” which is translated as, “Peace be also with you.” In Arabic nations that have large populations of Muslims, Christians, and people of other religious denominations, this would be the way that the non-Muslims would respond. There’s never any question about the appropriateness of this response because neither assalamualaikum or wasalamualaikum is an overtly religious expression.

When Muslims respond to the greeting, their response is one that acknowledges the name of Allah as the one true God: “Wasalamualaikum waratu’allah.” This response is both an acknowledgment of the greeting and a proclamation of faith, appropriate for anyone who professes the Muslim faith to use in response. The greeting, and this response, are the traditionally used between Muslims and are used whenever they interact, in both social and religious situations.

The greeting is used both when coming together and when parting. Abu Hurairah has been quoted as saying that “Peace” is the appropriate way to greet others, and to part from others, and that the latter is of equal value to the former.

It is unfortunate that such a warm greeting is so often misunderstood and has become a focal point of debate. There are even those to be found within the Muslim community that appears confused about whether or not the greeting is appropriate for use with those outside of the community. As it is simply a way of wishing peace and good fortune to one’s fellow man, it should be freely used to greet anyone.