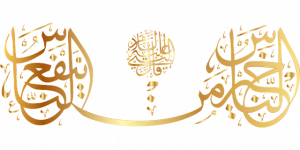 Islam is a complicated and difficult religion to follow–in part because the guidelines which help members of the faith live life as morally as they can are varied and involved, and sometimes their accuracy or authenticity can be strongly debated. Much of the current strife in the Middle East (especially Lebanon) is based on the wildly different dissenting opinions of the ISIS faction. Most followers of Islam, however, are more peaceful and live life much more passively. Hadith is a part of this tradition that they strive to follow almost more than anything else, but also happens to be one of the most subject to debate.

Hadith is basically just a collection of all the known sayings that came from the Prophet Muhammad, someone whose words and actions in life are thought to be divine examples of how people should live their lives. As a messenger of God, it was an obvious choice for guidance. However, because the historical documents used to gather these words and actions were collected no earlier than two centuries after the Prophet’s death, their authenticity is sometimes a subject of dispute.

Part of this dispute leads different sects of Islam to use different hadith to guide them in their lives. Some of these sects include Sunni, Shia, and Ibadi for example. Although they are few in number, some members of the Islamic faith choose to instead use only their holy book, the Qur’an, to guide them–in other words, they believe that the authenticity of hadith is too disputed to use it for any guidance at all.

Part of the controversy stems from the lack of written documentation available from during the time of the life of the Prophet Muhammad. There was a tradition of passing down information orally through story and narrative rather than writing it down. Muhammad himself, though, was thought to sway some of his followers to do the latter in order to record his thoughts, actions, and words, and at least a few other important Muslim historical figures during the time period urged the same.

When this documentation was eventually collected, there was an obvious lack of cohesion. The traditions that were recorded sometimes contradicted one another, and so there is scholarly debate as to which hadith is authentic and which is not. While hadith was in the process of being compiled, historians admit that the number of potential forgeries and suspicious additions seemed to skyrocket.

The controversy may not be important to those Muslims who live their everyday lives in an attempt to keep well, live life in high moral standing, and seek to do others no harm. That’s because hadith is only a single part (even if a large one) of a greater tradition and system of custom and tradition known as sunnah that most strive to follow. Although all Muslims know the importance of the Prophet Muhammad to their religion and its core values, the Qur’an is important as well. Many acknowledge the lack of complete authenticity of hadith, and seek only to acquire a greater understanding of their own religious history in order to live in greater equilibrium.