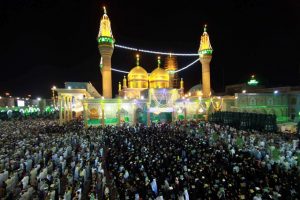 If I were to ask you to name as many Islamic-based religious holidays and festivals as you could, how many could you name? Assuming you weren’t already Muslim, of course, which would probably give you an unfair advantage. If you’re like me, you would probably only be able to name the fasting month of Ramadan, and you probably wouldn’t have guessed the name of the festival that annually closes out the month: Eid al-Fatr. Surprisingly enough, this isn’t even considered the major festival associated with the Muslim faith. That honor belongs to the holy festival Eid al-Adha.

The Eid al-Adha, which literally translates to “festival of the sacrifice,” is generally celebrated each year on the 10th day of the 12th month of the Islamic lunar calendar (which shifts 11 days every year due to the difference in cycles between the moon and the sun, on which the Gregorian calendar is based), with variations taking place dependent upon region or sect, even possibly individual mosques. The celebration itself is said to correlate with the time in which Ibrahim (more familiar as Abraham to the Christian and Jewish faithful) was commanded by God to prove his devotion by sacrificing his son. When Ibrahim came to the point of preparing to sacrifice his son and even after fending off Satan with stones after attempts to deter him from carrying out God’s will, God stopped him – convinced of Ibrahim’s devotion – and provided him with an animal to sacrifice in his son’s stead, most often considered to be a sheep or a ram. The festival celebrates devotion to Allah and enacts this devotion by sacrificing animals to Allah while simultaneously assisting those in need by distributing the meat of the slaughtered to the poor and the needy, as well as making monetary donations.

The festival also marks the end of what is known as the hajj – the holy pilgrimage to Mecca, considered the most holy site throughout the Islamic faith. Recognized as one of the Five Pillars of Islam, the hajj is a pilgrimage that millions of Muslim worshipers make every year, and one that all Muslims are expected to make as part of their religious duty at least once in their lives if they are at all able to afford the physical and financial burden of it. Typically, the hajj concludes with pilgrims camped in what is known as a tent valley in Mina, a portion of Saudi Arabia, where they spend three days visiting holy sites such as the Jamarat Bridge and perform a symbolic ritual known as Stoning of the Devil. This ritual sees worshipers throwing stones to symbolize the stones that Ibrahim used to stone the devil who stood between him and God’s command. The hajj ends in celebration with prayers at the Grand Mosque in Mecca before pilgrims disperse to return to their friends and families and celebrate the rest of the observance of Eid al-Adha.

This year, more than 2.35 million Muslims made the pilgrimage to Mecca and celebrated Eid al-Adha in the holy city. In Mina and at the Grand Mosque, male worshipers shave their heads and remove white garments that are worn specifically for the hajj, while female worshipers cut and remove a lock of their hair. This removal of hair and garments is recognized in the Muslim community as a sign of spiritual rebirth and renewal. You can learn more by visiting their website.