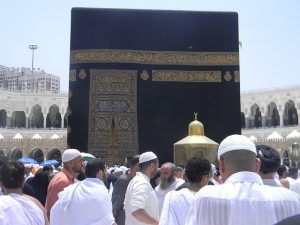 The history of Islam dates back more than a thousand years, when the founder, Mohammed, was given messages by God. As a prophet of the one true God, he admonished the Jews and Christians for no longer honoring the tenets set forth by Abraham and the original prophets.

After the death of the prophet, there was dissent among the survivors regarding who should be in charge of the faith and guiding believers forward. At that point, there were two primary groups, the Shia and Sunni. While the majority of the Islam believers at that time followed the Sunni path, around one in five became the first Shia Muslims.

These folks believed that the founder of Islam had handed down his role as head of the faith to his cousin. Whether or not he was the rightful heir continues to be debated within the faith to this day. In fact, there are many Sunni who do not believe that the Shia are legitimate adherents to the faith because of this belief.

However, both groups keep the same five pillars of the faith and have the same beliefs regarding Allah and his prophet. Although there are more than one and a half million Muslims in the world, this is one of the points that continues to create disharmony in the Middle East and elsewhere.

In addition to these two groups, there have been other splinters within the faith, with different levels of acceptance within the community. Today, the political climate in the Middle East is incredibly complex, creating problems beyond these splits in faith.

Shia Muslims continue to have a large enough voice to be heard throughout the world, as the largest minority group within the Islamic faith. They stick to the belief that Mohammed handed down the right of leadership to his cousin.