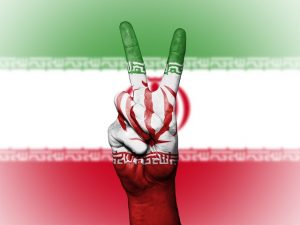 There is a lot of talk and debate about whether the Islamic Republic of Iran is an ally or an enemy of ISIS (Islamic State in Iraq and Syria), which had been part of the Syrian civil war against the Syrian government – which is an ally of Iran.

Iran is a Shia Muslim republic, while ISIS claims to be Sunni. The Shia and the Sunni supposedly do not like each other, and in fact will kill each other in the name of promoting “pure” Islam. However, it has been well-documented that Iran is a state-sponsor of terrorism all over the Middle East, without regard to Shia or Sunni loyalty. Iran has financed Hezbollah and Hamas, ISIS predecessor al-Qaeda and other Islamist terror groups.

While it might look like ISIS is fighting alongside Syrian rebels in an attempt to overthrow Syrian dictator Bashar al-Assad, there is evidence to suggest that ISIS is only putting on airs and is actually looking to weaken the Syrian rebellion from the inside and is working to keep Assad in place in Syria because of Iran’s growing influence in the region.

Assad, you see, is an ally of the Iranians, and with Iran looking to further increase its power and influence in the region – with the goal of eventually destroying Israel and America –  it is helpful for Iran to not only keep Assad in power, but also to keep ISIS around and relevant to forward its terrorist aims.

It is a fragile balancing act with ISIS, as Iran is looking to manage the terror group and keep it away from Iranian bborders, but using it to increase influence throughout the greater Middle East. And having ISIS in Syria to eventually take out the Syrian rebels entrenches Assad in Syria and keeps Iran’s influence in the country, spreading its power iinto other countries where it can eventually take on its real enemy, Saudi Arabia.

The Islamic State is known as the terror group ISIS or ISIL (Iraq and the Levant), but Iran is an Islamic state of its own, a republic that is governed by sharia law. It could be argued that while ISIS is looking to establish a caliphate in the area of Iraq and Syria (in which it has claimed a good portion of land in both countries), Iran’s territory could be used as part of the caliphate with the blessing and full support of the Iranian government. ISIS would not be the one in control of the land, as it is a proxy of Iran, but gaining the territory in Iraq and Syria increases the Islamic republic’s reach, leverage and influence in the region – which has always been its ultimate goal, at least since the revolution of 1979.

Any Islamic State in Iran is solely about the Iranian government, which has infiltrated some areas of the Middle East, including Iraq and Syria, so that if those governments were to be toppled, then Iran would be in position to fill the vacuum ad more directly increase eit s influence and further guide ISIS into its terrorist activities in America and the West.

If Iran really was an enemy of ISIS, then it would be wiped out by now, as the estimated numbers of the militants was less than 40,000. And the fact that ISIS is still taking responsibility for various bombings in the West – such as the suicide bombing at an Ariana Grande concert in Manchester last month – should tell you that Iran is not the enemy of ISIS that Iran wants the rest of us to believe.