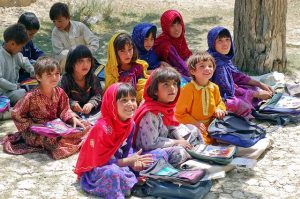 It is extremely difficult to frame this debate in a way that doesn’t make it sound truly terrible–because it is literally terrible–but what’s worse is that the idiot government official who made the call to kill all Muslims brazenly stated that he owed no one an apology for wrongful death. Okay, we get it. You’re a racist, and you want everybody to know it. But usually, bullies who try to rally other bullies fold under public pressure and at least try to apologize after the damage has already been done. Is there just not enough public pressure to this kind of anti-Muslim rhetoric? What’s going on here?

This isn’t the first time that Jeff Sieting, the Michigan official who made the statement, has said crazily offensive things. Not only did he compare the whole of Islam to “flesh-eating bacteria,” cause, like, he’s certainly not that bad, but he also said that transgendered people are mentally ill and that we might want to “take out” a few individuals from Black Lives Matter, too.

How someone can be filled with so much irrational hate is a question for later. For now, it’s important to fight back against these calls for injustice. The first step is implementing actual justice. There are those who are already attempting to force Sieting to step down from his position as president of a small town, while others continue to request an apology.

Others are taking a more pragmatic approach to destroying the legacy Sieting is trying to create for himself. The man has been elected to office since 2010, but if someone runs against him, then 2018 could be his last year as president.

Sadly, this type of hateful speech is part of a growing trend: according to the Federal Bureau of Investigation, hate crimes against Muslims have blown up by a whopping 67 percent since our angelic President Trump was elected to office. It probably isn’t a coincidence that Sieting has a Trump sign posted at his hotel. Maybe it’s love.

What else can we do to stop the hateful words of a handful of bigots and protect our minority neighbors from the continued discomfort and violence they’re subjected to every day?

Well, first and foremost, it’s important to show these classless U.S. citizens the distinction between freedom of speech and freedom of consequence. Rest assured, they don’t understand the difference between the two. You may have the right to say whatever you want without governmental intervention, but that doesn’t mean your world won’t crumble when you spout hateful nonsense for everyone to hear. All actions have consequences, and you’re not exempt just because you whine and cry about the Bill of Rights.

Potential employers–or in this case entire towns–should neglect to hire those who believe that this type of language and rhetoric is okay, and people should continue to call them out every time they discriminate against a minority. Friends and family who disagree with the hateful beliefs should do what they can to curb the behavior.

If they think they have the right to offend and hurt so many others, then the least we can do is make them uncomfortable–and perhaps throw them into abject poverty–as a consequence of their words.