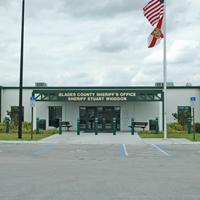 The following information was brought to us by our good friends at cejalawfirmtx.com.

According to a federal lawsuit was filed yesterday, immigration officials at a Florida detention are being accused of preventing Muslims from praying and having access to the Quran.

Five Somali men, who originally came to the United States during a Civil War in their home country, claim in the suit that the staff of the Glades County Detention Center refused to give them religious materials for weeks after they arrived. Religious materials included copies of the Quran, prayer rugs and head coverings. The suit also claimed that meals were served to them with food that they could not eat because it violated their religious belief.

The 35-page complaint stated that other ICE detention centers make accommodations for Muslim inmates. Qurans were eventually provided but only in English. A former detainee gifts rugs to the inmates but they were only provided to the Muslim men on Fridays. According to Islam, it’s mandatory to pray 5 times a day.

The Somali men, who range in age from 26 to 47, were part of a larger group of 90 Somalis who were detained and who were going to be departed in December 2017. However, the flight had to return to the United States after the flight crew could not finish the trip. This flight has also been involved in a federal lawsuit where passengers claimed they were shackled and not provided access to a restroom. The suit also claimed that passengers were beaten.

This lawsuit shines a light on ICE’s inability to provide proper supervision to all its detention centers especially the smaller ones such as Glades County Detention Center. This flaw in our immigration detention system allows detainee’s justified or not to have their rights violated. Even in the toughest of federal prisons many notorious criminals are entitled to their religious freedom.