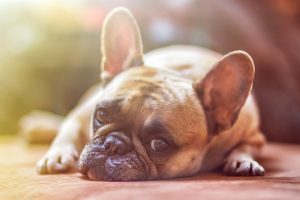 For a long while, there has been a great debate within Islam as to the cleanliness of animals and, more specifically, dogs as house pets and companions for humans. But what is it that sparks such debate within the Islamic community while many other communities the world over enjoy the company of dogs as intimate members of their families? Controversy has existed due to varying historical points of view toward these animals. Some historical sources appear to claim that the Prophet Mohammed himself completed daily prayers directly in the presence of dogs. Similar sources also claim that his followers habitually raised puppies and that the holy city was frequently populated by dogs. However, there are also beliefs that contradict these claims. One of the hadiths – spoken and practiced lessons by the Prophet Mohammed – claims that Mohammed himself believed dogs to be “unclean,” and it is therefore considered haram (an act forbidden by the Qur’an) even to touch a dog, let alone own one. This claim, as it turns out, however, is only partially true.

According to an article written by Dr. Ayoub Banderker, there are several considerations regarding dogs and haram in Islamic law that have quite possibly been misconstrued. For one, it is not considered haram to own a dog (although Dr. Banderker goes on to specify that it is also not considered hygienic to keep a dog in the house, thereby making it not permissible). He also emphasizes that it is not haram to touch a dog. However, if a dog’s saliva comes in contact with clothes or skin, the person is then responsible for washing that part of their body as well as any clothing that was affected in this way. At this point, we can already see a pattern developing that while the pure ownership of a dog does not appear to be forbidden or even necessarily discouraged (as Banderker makes the argument that dogs are part of Allah’s creation and therefore should not be considered cursed or misaligned in any malicious form), hygiene is still an explicit concern regarding dogs and direct contact with them.

Like many other advocates for animals, Banderker stresses the need for Muslim dog owners to treat their dogs without cruelty. This includes food, water, and shelter – the basic amenities for all living creatures. He goes on to include providing adequate veterinary care so as to avoid allowing the dog to suffer until they are beyond help. This particular point of interest appears to be a known problem among many who seem to interpret the ownership or treatment of dogs as haram.

Dr. Banderker makes note of pets (specifically, many of which are dogs) who seem to be relatively animals as a whole, being brought in to shelters around Cape Town for euthanasia procedures. He has made similar notes toward animals that had reached terminally ill states being brought in for similar procedures. When questioned, many Muslims appear to have cited their religion, stating that it was impossible to touch their pets (thereby refusing them treatment). This “apathy” as Dr. Banderker calls it, has led to numerous unwanted litters that are eventually left abandoned to die. Beyond the obvious cruelty to the animals, however, there is also the point of a stigma on Islam as a religion that effectively supports this cruelty, both propagated by the views of those committing these acts and believing them to be the will of their religion and by those looking in from the outside without understanding what is happening or why.

Another scholar, Dr. Khaled Abou El Fadl, seemed to take a more proactive approach, directly going against the supposed dogma of his own religion by adopting dogs. He noted through extensive research that traditional religious practices generally forbade the act of dogs passing in front of a person while they were conducting prayers. In fact, the only exception for owning dogs in traditional society was for utilitarian purposes such as guarding a person or a household, and ownership of dogs as companions was generally frowned upon. Dr. Abou El Fadl noted also the general link between dogs and a conflict of interests with a person’s own hygienic needs. However, the need to submit to God in all things generally supersedes all else. Thus, the propaganda regarding dogs and their uncleanliness, Dr. Abou El Fadl believes, perpetuated the belief that owning dogs should be looked upon with such disdain. However, Dr. Abou El Fadl, like Dr. Banderker, makes note of Allah’s creations all being of relevant value. As an owner of three different dogs, all for their companionship, he mentions that, “dogs represent my rebellion against ignorance about the basis of actual historical law.” On his dogs’ general affinity for companionship, he continues and questions how God could, “create animals with these natural tendencies and then condemn them as thoroughly reprehensible?”