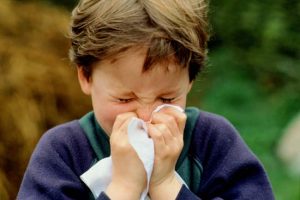 When Christians sneeze, they often say “God bless you.” When Muslims sneeze, they almost always say “Alhamdulillah,” or “Praise be to God.” Although the two customary responses to sneezing are quite similar, the religions say them for different reasons. In fact, many Muslims debate over the true purpose of the phrase. Either way, we shouldn’t alienate anyone for how they respond when we sneeze.

You may have heard that we say “God bless you” as an acknowledgment that your body is expelling demon spirits that have possessed us when we sneeze. That’s true all by itself, as the earliest documented occurrences occurred for just that reason. According to historical documents, however, it was Pope Gregory I that demanded the phrase be uttered after anyone showed signs of illness since so many people were falling victim to the plague during that time period (AD 590). By 750 AD, the custom was nearly universal. We still do it even today.

Muslims say “Alhamdulillah” for an entirely different reason. According to the Islamic community, sneezing is a sign that you have already been blessed by Allah. After all, the very act of sneezing is considered a sign of good health, during which your body is cleansed in a way. The act of sneezing isn’t considered the result of environmental or biological interaction since Allah is involved in the control of each individual. What happens to a Muslim is an act of God, no matter what that action may be. When we sneeze, we can also breathe better as a result.

Others believe that uttering the phrase was the will of the Prophet, Mohammed, who said that “Allah likes the act of sneezing and dislikes the act of yawning.” Indeed, “Alhamdulillah” is deeply ingrained in the texts of the Quran and the voice of the Prophet. Even a number of Christians and Jews who speak Arabic use the phrase in the presence of someone who has sneezed.

Although many of us ignore the significance of sneezing, Islamic tradition does not. The act of sneezing is far from insignificant–it brings a Muslim closer to the hand of God. This is the most important thing for a devout Muslim. Everything that a Muslim does is in service to his or her god, and therefore it should come as little surprise that something that seems so unimportant to most of us should hold such weight to the Islamic faith–even though many of the Islamic community may have never considered the meaning behind “Alhamdulillah” any more than many of us have thought about why we say “bless you.” Most of us simply carry on the traditions we inherit.