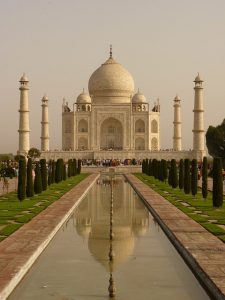 We go through the routine of each day without much thought about what really goes on around us. We live in a bubble, underneath a rock, and wholly ignorant of the realities that other people face. A large part of this response to the world around us is biologically ingrained. Mother nature wants us focused on the predator just around the corner, not the predator three thousand miles away. That’s the reason why we’re so drawn and indoctrinated by the news we see on TV, and it’s also the reason why we think so little about the things that actually matter–like creating community with the people who live down the street.

Well, here are some things you might actually want to know about the Islamic world that surrounds you–and make no mistake, it does surround you. Contrary to popular opinion, it isn’t your enemy, either.

In 2015, there were nearly two billion Muslims living in the world. This accounts for about a quarter of the entire world population. In 2010 (the last year on record), there were 2.2 billion Christians compared to the 1.6 billion Muslims at the time. If you’re Christian, this might stoke some sort of pride. Tone it down, though, because according to a Pew Research Center estimate, Islam will likely experience a whopping 70 percent increase by 2060, while Christianity will experience only 34 percent.

About 62 percent of the world’s Muslim population is situated in APAC (the Asia-Pacific region), and countries like India, Pakistan, Indonesia, Bangladesh, Turkey, and Iran. Of the nearly 330 million people living in the United States, there are only 3.35 million Muslims–but they still live in a vibrant, important part of our overall community. By 2050, the Muslim percentage of the U.S. population will probably more than double (while other minorities shrink the Caucasian percentage even further). This will contribute to the United States becoming even more diverse than it already is.

One of the driving factors behind the projected growth of Islam is the age of those who are alive today. The median Muslim age was only 24 in 2015, and that means a lot of people are about to start having children. Couple that with the fact that Muslim women are having more children on average as anyone else (about 2.9 as opposed to 2.2), and you have the reason for the booming population.

Luckily, frosty feelings about the Islamic population in the United States are actually on the decline. Based on the same research study, views regarding Muslim citizens are ten points warmer than they were only a few years ago. On the whole, Americans feel the same way toward Muslims as they do toward atheists. In other words, we still have some work to do.