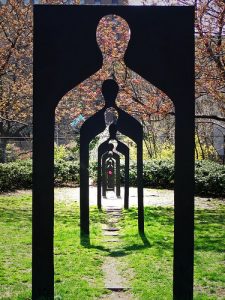 Sufism, also known as Tasawwuf is Islamic mysticism. It is not a sect of Islam but is instead another dimension of worship and understanding. There are Sufism orders, also called Tariqas in Shia, Sunni and other Islamic groups. When a Muslim practices Sufism, they are dedicating themselves to worship and to Allah. They disregard worldly ornaments and finery and abstain from the wealth, pleasure, and prestige that is often sought by others. Sufi Muslims often worship alone, preferring to commune with Allah one-on-one.

Those who practice Sufism are adamant that Islam should be learned from both teachers and studies. The Sufi movement can trace its teachers back many generations to the Prophet himself.

The name Sufism may have come from the rough woolen garb worn by the first Islamic mystics. Sufis belong to certain orders which meet for spiritual sessions. The meeting places are called khanaqahs, zawiyas or tekke.

Sufis strive for a perfect connection with Allah. They regard Muhammad as perfectly exhibiting the morality of God. He is considered their prime spiritual guide as well as their leader.

Sufism has developed strict practices which focus on self-control. This allows the followers to achieve both mystical and psychological insights as they lose their own sense of self and reach a mystical union with God.

There are fraternal orders within the Sufi movement where leaders help disciples as they work toward a mastery of Sufism’s ritual practices and philosophical principles. These practices and rituals include reciting and writing hymns and poetry. In fact, some fo the most beautiful Islamic literature was authored by Sufis.

Sufis are considered devout Muslims. They pray five times day, give to charity and fast. They distinguish themselves by their attempts to improve their spiritual lives and commune with God.