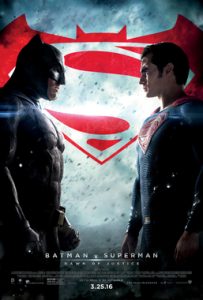 All of us have the ability to make or perceive lasting first impressions, whether with real people or fictional characters. When we think of our favorite childhood superheroes, chances are we remember a specific event that stayed with us for an emotional or personal reason. Something close to our heart. Chances are we remember a specific character trait that carried over because we found it was relatable. But what about the newer versions of old classics? Well, when Batman V Superman was released, most of us probably never thought it could tell the tale of many Muslim Americans living here today. But why not?

Batman V Superman wasn’t everyone’s favorite film, and perhaps for good reason at the time. In fact, fans and critics alike seemed to hate it. It was too long. It didn’t have enough action. It was too broken. The ending was sappy and sour and terribly contrived. Then again, that was over a year ago, long before we were graced with a wealthy president who thinks nothing much of spouting radically divisive nonsense to the masses–sort of like Batman did in the movie. No one seemed to like the extremist version of Batman, but maybe we should have read more into it at the time. Maybe instead of rooting ourselves in hatred of a fictional world, we should have recognized the way it echoed the real one.

Then you have Superman, an…alien? Who could he possibly represent in modern-day America? Is he really the grave danger that everyone thinks he is? Possibly not. Of course, the same could be said of the real world immigrants from countries some mistakenly, carelessly, or ignorantly link with terrorism. Do we really need travel bans or a great big expensive wall to protect us from outsiders?

The movie’s depiction of Superman on his journey through the darkness around him and into the light might have been taken for granted. In the real world, most of us haven’t quite made it into the light just yet. We don’t let immigrants simply come into the country and immerse themselves into society while clinging to the values and traditions of their original homelands. We expect them to conform to our ways of thinking, our ways of doing, and our ways of acting. That’s what we’re most comfortable with, and somehow most of us seem content thinking that’s for the best. Your identity doesn’t matter unless it’s the same as our identity.

Batman V Superman does get some things right when we consider the movie in this somewhat crazily different way. The characters are real. Whether through fiction or reality, they come alive and make sense to different people in different ways. Some are xenophobic, scared of the little differences that make us who we are, and that xenophobia transforms both the hater and the hated in ways that vary from person to person. It also leads to hate crimes. The locked chest in which that xenophobia was hidden was one built of ignorance and misunderstanding, and breaking it open proved difficult. Can we in the real world hope to accomplish what characters in a movie accomplished, or will our nightmare play out in perpetuity? It seems like we’ll know the answer to that question soon enough, as events in the real world continue to escalate relentlessly. Please visit website for more.