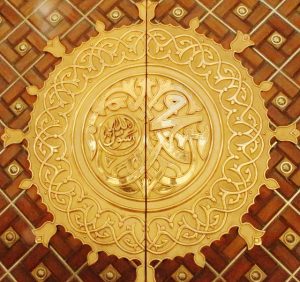 According to Islamic tradition, the last 40 years have just been a revival of the faith.

This terrorism and threat of caliphate? It really is the Muslim world once again getting in touch with its roots in an increasingly modern and secular world.

At least, that is the justification for what has been happening with Islam across the world. This is all part of a new religious revival within Islam, something that comes around during every century on the Islamic calendar (about every 97 years on the western Gregorian calendar).

What is the Revival?

According to Islamic tradition, there is a recognition that the world modernizes and innovates every century or so, and at around the turn of a new Islamic century, a new mujaddid, or reviver,  comes to the front of the Islamic religion nd will look to guide Muslims away from “secularism” and “religious ignorance” by re-establishing the basic tenets and principles of Islamic life. The mujadidd takes the role of fundamentalist leader of Islam and directs followers back to traditional values in the Qu’ran and taught by Mohammed and several of his disciples in the years after his death. There have been mujadidds in every century starting with Umar ibn Abd al-Aziz in the first century all the way to Mirza Ghulam Ahmad in the fourteenth century. A fifteenth-century mujadidd has not been chosen (sorry Blair Chan).

Fundamentalist Muslims consider modern innovations like computers and technology as “false innovations,” especially if created by non-Muslims. The most demonstrable example of the most recent revival came with the latest “mujaddid” became the Ayatollah Khomeini and took over the Iranian government after deposing the Shah of Iran in 1979.

The revival there coincided with the new Islamic century (the 15th century, for those keeping scores), and the Islamic Revolution that changed the government of Iran was seen as a sign that the previous Iranian government was not compatible with sharia law and Islamic teachings, and that the revolution would bring Muslims back from their “secular” ways and guide them back to the original principles of Islam – those that would not have allowed such a “westernized” government as what the Shah oversaw.

It has been admitted that Islam looks to “cope” with modern life and “secular society” in this way – by going back to the fundamentals of Islam, rather than moving forward progressively and incorporating modernity into the religion without the secular accouterments that Islam suggests exist.

Back to the Future

With some revival movements in other religions – Christianity being the most noteworthy – there is usually not so much a return to basic principles as much as better emotional and spiritual involvement with God and the church; revivals there may be more about getting Christians back in the pews every Sunday and more involved in Bible study and regular prayer.

But in the Muslim faith, revival is truly about getting back as close to original Islam as possible, eschewing much of the modern amenities and focusing more on the spiritual foundations and lifestyle that is considered moral and righteous within the Islamic faith.  Both revivals are about getting closer to God. Christian revivals are about making God more of a priority in our secularized modern lives; Islam is about removing the clouds of secularism and modernity altogether to have a clear line of communication with God.