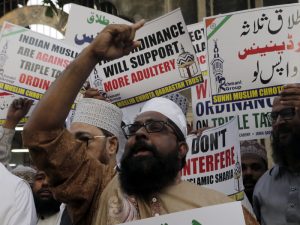 Islamic divorces can take a number of different forms, according to New Jersey Employment Attorneys Lenzo & Reis. Some of them are initiated by the relationship’s husband. Others are initiated by the union’s wife. Divorce in Islam is typically broken down into four legal categories. The first three are oaths, judicial divorce, and khul’ (mutual divorce). The fourth kind is known as talaq, which translates as repudiation.

The theories and practices of divorce across the Islamic world and history vary based on both time and place. Sharia typically governed the rules of divorce, although various legal schools had differing interpretations among Islamic jurisprudence. Historical practices were also known to diverge from existing legal theories. More modern interpretations codified things like personal and family status, and in many regions or nations, the control over divorce standards began shifting away from religious jurists towards state governments.

Triple Talaq is also known as instant divorce, called talaq-e-biddat, or irrevocable divorce, named talaq-e-mughallazah. This form of Muslim divorce was used in India, in particular by followers of the Hanafi Sunni Islamic schools of thought and jurisprudence. It allowed any Muslim man to divorce their wife legally.

The legal status and practiced use of Triple Talaq in the nation of India served as a tremendous source of debate and controversy. Muslim men could divorce their wives by simply stating the word talaq three consecutive times, traditionally spoken to their face. However, they could also just text it, email it, or message on social media. Marriages were ending without warning or recourse on Facebook. Quite a few wound up questioning the practice, making arguments revolving around secularism, human rights, gender equality, and justice. Both the executive government and supreme court of the nation got involved. The court eventually decided that the concept of instant triple talaq was not constitutional. The panel had five judges, three of which agreed that the practice was not in line with the constitution. The other two argued that the practice was technically constitutional, but at the same time requested the government ban the practice through a new law.

The personal laws of India’s Muslim community are often a source of cultural, societal, and political conflict on the subcontinent. While Muslims account for only 14 percent of the nation’s population, the fact that there 1.3 billion citizens there means there are nearly two hundred million Muslims in the country. Some Muslim law is covered by the Shariat Application Act, but that was passed in India a full decade prior to the nation getting its independence from Britain in 1947. However, Indian nationals, including those that are Muslim, can choose to marry instead under the secular-oriented Special Marriage Act that the Indian parliament enacted in 1954.