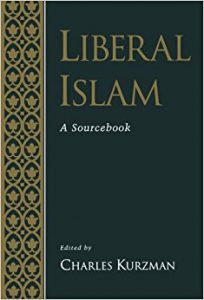 As with many religions, there isn’t just one religious philosophy. There are orthodox Jews, Muslims, and Christians, and there are some different “species” of each religion that have spawned off at various times in history.

It has been maintained in many cases, however, that there is only one Islam, the orthodox or fundamentalist Islam, and that any Islam that deviates from the teaching of the Quran are not considered “true” Islam and thus should not have the name affixed to them.

According to many adherents, there is no “liberal,” “modern” or “moderate” Islam.

However, some Islamic scholars have argued that where there are areas of life about which the Quran is silent (such as form of governance or basic human rights), there is room for Islam to “modernize” and become a more “moderate” or “liberal” Islamic faith that would be more consistent with current society – those that seem to have a mix of religious or spiritual foundation with some secularism.

There has been a bit of a “reform movement” within Islam in order to bring out democracy in predominantly Islamic countries (where theocratic dictatorships generally rule now), along with human rights for all, including women and those in the LGBTQ community.

“Liberal” or “moderate” Islam is said to be in existence all around the world, but when there are surveys of people in predominantly Islamic countries, the “moderate” or “liberal” Muslim is in a distinct minority. In many of these Islamic-predominant countries, an orthodox or fundamentalist principle of Islam, sharia law, is favored by more than 80 percent of Muslims, with that percentage closer to 90 percent in some areas.

“Liberal” or “moderate” Islam, in other words, is still very much just a movement, but it seems to be catching hold with a younger generation of Muslims, who want their culture and society to embrace more of the progressive modernity of the 21st century in order to keep the religion relevant and vibrant among a technologically savvy, more secular-humanistic generation.

The closest you have to a “moderate” or ”liberal” Islamic state currently is perhaps in Egypt, which has such a rich Jewish and Christian heritage and history. While the country is more than 70 percent Muslim, the government is very respectful of the Jews and Christians who live in the country and they have democratic elections and provide opportunities for all faiths to worship as they see fit. ISIS has successfully destroyed Christian churches and ancient artifacts in the region, which the Egyptian government has long treasured and protected the artifacts for their historical significance – and let’s face it, for the tourism they create as well.

In liberal Islam, gays can live, women can vote or drive, there are democratic elections and a humane justice system that does not insist on stoning adulterers or cutting off hands of thieves. Those who are in favor of a more “liberal” Islam are looking at it from a classical liberal perspective, where individual rights are respected and all are treated with the same basic human dignity. They are the ones reading between the lines of the Quran to find those areas where the Qu’ran’s silence means there is room for progress within the faith without compromising the basic principles and tenets of Islam.

It is an uphill climb for “liberal” Islam to take hold in many of these countries, but with radicals like ISIS killing even some of their own Muslim people for being “not Muslim enough,” the idea of a more moderate Islam to fight against radical elements is becoming more necessary to save the religion as a whole.