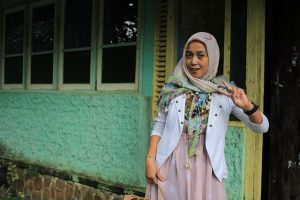 The hijab is actually just one individual name for a number of different headscarves that are all very similar. It’s the most popular veil for Muslims who chose to wear them in Western nations. Such veils consist of either one or even two scarves. They cover the neck and head but leave the face exposed. Outside of Western nations, many Muslim women in Arab nations and other regions of the world also wear this traditional veil.

Head coverings are something that plays significant roles in a number of different religions, and Islam is far from the only one. Catholicism and Orthodox Judaism also have a substantial head covering traditions of note. In the specific case of the hijab, it is largely associated with the Muslim faith.

Islam started out on the Arabian Peninsula as a small faith community. It started in the city of Medina by the proclaimed prophet of the religion, Mohammed, who lived roughly from 570 until 632 CE. The religion spread throughout the Middle East into areas such as Central Asia, societies around the Arabian Sea, and also into sub-Saharan Africa. Islam even spread into Europe at points as well.

Scarves and veils were already customary in many cultures before Islam rolled in. As it spread, it incorporated a number of local veiling customs into its practice, while influencing others. However, it’s only been in recent history that a number of Islamic states, like Iran, have started mandating women to wear such things.

Critics of this practice argue that it impinges on the freedoms of women. The debate is sometimes different in Western nations where daughters of immigrants fight for the right to wear them an expression of their faith. The history of the hijab is intertwined with the Islamic faith, as is its use in current political debates in some countries.