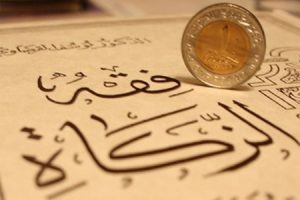 Zakat is considered one of the five pillars Islam. It is an obligation for all the Muslims who have the necessary income and wealth. In fact, Zakat is a form of an alms-giving treat as a religious tax or obligation in Islam. It ranks next to prayer in importance as per the Quran. Zakat is not a charitable contribution but a type of obligatory alms. Disputes on Zakat played a major role throughout the history of Islam such as during the Ridda wars. This article provides information on what is Zakat.

Zakat is a religious practice started by the Islamic Prophet Muhammad. The Caliph Abu Bakr – who is believed to be the successor to Prophet Muhammad by the Sunni Muslims – was considered the first to introduce a statutory Zakat system. He established a principle that Zakat needs to be paid to a representative of the Prophet’s authority. Here, in fact, the other Muslims disagreed and didn’t want to pay Zakat to him. This argument led to the Ridda wars later on. The successive Caliphs – Usman ibn Affan and Umar bin Al-Khattab – continued with Abu Bakr’s definition of Zakat.

Zakat is based on the income and of the possessions one has. Zakat is calculated at 2.5% of Nisaab. Nisaab is the amount of savings a Muslim has after deducting living costs, expenses, etc. By giving Zakat, a Muslim acknowledges that everything he has belongs to Allah, and he doesn’t really own it. The act also helps free the individual from excessive desire and greed. It teaches self-discipline and honesty too. Many Muslims prefer to give it during the Ramadan season. That’s because the rewards for good deeds performed during Ramadan are greater than in any other month.